Skip to content
Home
Top 10
Top 10 Smartphones
What Phones Are Coming Out in 2022?

There must be something for everyone in 2022, from the iPhone X Fold to the Google Pixel foldable. Smartphones like the Samsung Galaxy S22 are already on the way in early 2022.

Below we highlight the list of new phones coming out in 2022. These are phones that are great for the most part and at least should be interesting, unique, and innovative.

We will be updating this list of new cell phones so stay in tune with Vokeme. 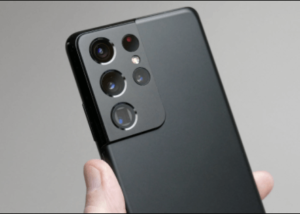 The Samsung Galaxy S22 is a bit farther than most phones on this list, but it looks like it’s likely to launch in January 2022 and is still coming soon. With each launch, rumors suggest that it will likely include the S22, Samsung Galaxy S22 Plus, and Samsung Galaxy S22 Ultra, with a screen and design similar to the Galaxy S21 family, but with a next-generation chipset.

It has been reported that the new Samsung’s smartphone coming soon 2022 get a Snapdragon chipset due to production issues with Samsung’s next Exynos product. Where we can see a bigger change is the camera, specifically the Samsung Galaxy S22 Ultra. One source suggested there could be a 200MP main snapper, while another source says they will stick with the 108MP.

Either way, the telephoto camera could get a useful upgrade that could come with continuous optical zoom. This means optical zoom from 2x up to 10x. On current models, you can only zoom by 3x or 10x. The number between the numbers will instead be a digital or hybrid zoom.

Details about these upcoming phones are still light overall, but we expect to hear more until launch, and Samsung’s performance suggests it’s likely to be one of the best phones of 2022. 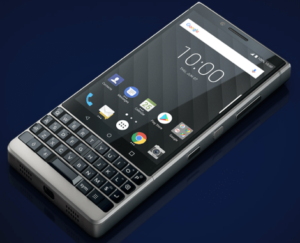 Blackberry is back from the dead. In August 2020, American company Onward Mobility announced that it would work to license the new Blackberry smartphone coming soon with the name and launch new BlackBerry devices in 2021/2022. The company was targeting the first half of this year, but now it’s over and it’s unclear exactly when the new BlackBerry will be released.

According to Onward Mobility, the new BlackBerry will have 5G network capabilities and a physical keyboard. Since the current announcement is about the existence of a partnership and nothing more, these are actually the only indications of the specs we have aside from phones running Android. 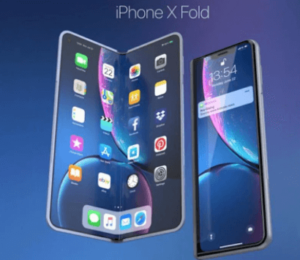 So, while it was confirmed that Apple’s foldable phone did not exist in 2019, we all know that the company has already reserved a patent for the foldable device. Rumors are spreading in the market that Apple will release its first foldable phone called the iPhone X Fold in 2021.

You can take a look at the patent image indicating that the new phones coming out in 2021 will be foldable smartphones. There are also a few real fan-made renderings showing how accurate this device will be. However, not much has been officially confirmed, and everything is going on based on rumors.

For the specs, you can expect Apple to use top-notch hardware to look beautiful inside with iPhone’s best Accessories you can even make it more beautiful and easier. Foldable technology is a very new technology in the market, so it is still very expensive as there are very few resources available.

This time, Samsung’s foldable device comes with a price tag of around $2,000, so the price will be really high, so you can expect the iPhone X Fold to be at a similar price. The excepted price of this is around USD 2,000.

Apple today released a new report in China that it has begun sending foldable iPhones to its assembly partner Foxconn, which is due for release in September 2022. 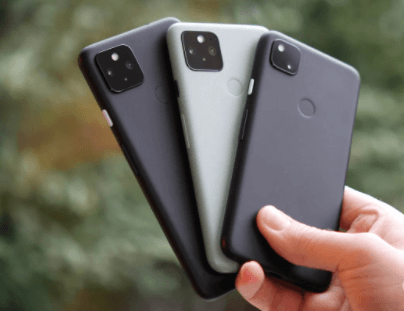 The Google Pixel 6 and Pixel 6 Pro may be the most interesting phones Google will release this year, and we already know a lot because Google has revealed the design and some details. As you can see from the picture above, it has a completely new design that is completely different from other phones.

The Pixel 6 family also has a new chipset called Google Tensor. Since this chipset was first made by Google itself, other phones don’t have it. As for other specs, the Google Pixel 6 Pro has a curved screen around 6.7 inches with a 120Hz refresh rate, while the base Pixel 6 has a flat 90Hz screen.

The Pixel 6 Pro also has a triple-lens camera with basic, ultra-wide, and telephoto capabilities. The last of these is the 4x optical zoom. The standard Pixel 6 doesn’t have a telephoto lens, but it retains the other two.

Aside from that, we’re mostly in the area of ​​rumors as Google hasn’t fully announced this phone yet. However, according to leaks, the Google Pixel 6 Pro may have a 50MP main camera, a 48MP telephoto camera, and a 12MP ultra-wide camera. Plus 5,000mAh battery, 12GB RAM, up to 512GB storage. So unlike the Pixel 5, this could be a very high-spec phone. 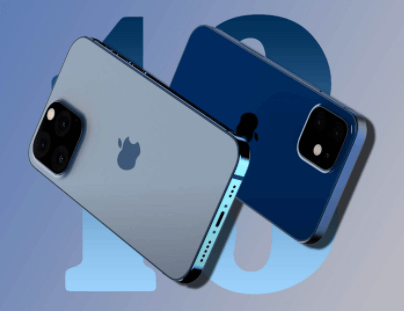 The iPhone 13 family is undoubtedly the most anticipated next-generation phone line, and it is almost certain to arrive in September. Rumor has it that there could be some big upgrades to these new models, along with a high refresh rate screen, 1TB of storage, an in-screen fingerprint scanner, and a smaller notch. There is also talk of an improved camera and a bigger battery.

Most rumors so far point to this year’s model being a fairly minor update across the entire iPhone 12 family with the same screen size and similar design. 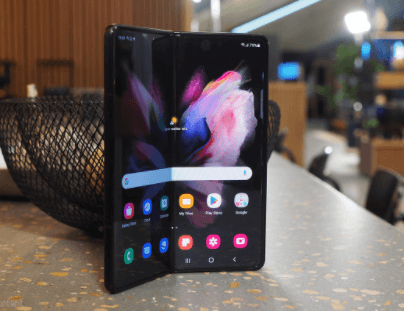 Another Samsung’s new smartphone coming out this year. The big advantage of the Galaxy Z Fold 3 is that it is likely to be different because it is a foldable screen.

It is the successor to the Z Fold 2 released by Samsung last fall. The device had a better screen compared to the original Fold phone, among other improvements. When newer handsets are released, they will include more Cameras, Chipset, battery life, better software, and improved displays. 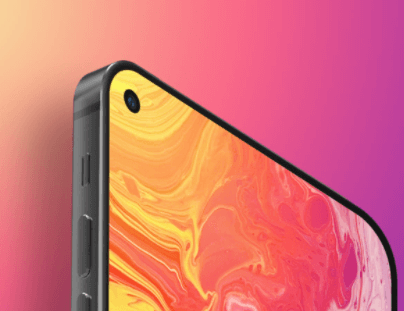 The iPhone 13 family is clearly the most anticipated of Apple’s upcoming phones, but the company could also launch a successor to the iPhone SE in 2022.

We’ve heard very little about the iPhone SE 3 so far, and chances are we will see it at the starting of the year. However, if it launches this year, it will probably have the A14 Bionic chipset.

There is also talk of an iPhone SE Plus. This is thought to be to maintain the general economy of the iPhone SE family, although the 5.5-inch or 6.1-inch screens are larger. What’s unclear is whether the iPhone SE 3 will retain a physical home button and large bezels. The design is increasingly outdated. 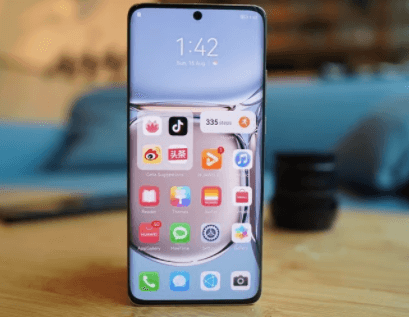 The Huawei P50 family has actually already been announced, but at first, it is only available in China, so we are waiting for this cell phone releasing in 2022 in the USA launch. 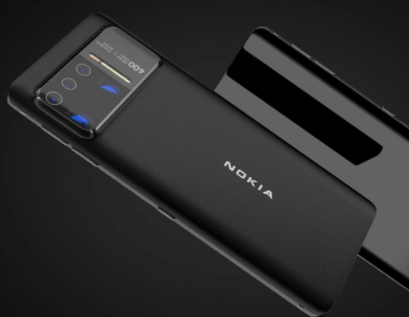 We’ve been waiting for the Nokia 10 for a long time, so it’s gone through a few names since rumors started going around. It was originally supposed to be released as Nokia 9.1, but over time it has changed to Nokia 9.2, 9.3, and Nokia 10. We’ve even heard that the Nokia X60 could be launched given the brand’s new naming scheme for phones.

The name is still unclear, however, but now we know better when it will launch, and company executives have said it will be available before November 11th.

According to rumors, the upcoming smartphones by Nokia will have an in-screen selfie camera, a sapphire glass display, a Penta lens camera, a 108MP or 200MP main sensor, a 6,000mAh of longest battery life, a 144Hz refresh rate for the screen, and a top-of-the-line Snapdragon 888 chipset. So this can be a very premium phone. 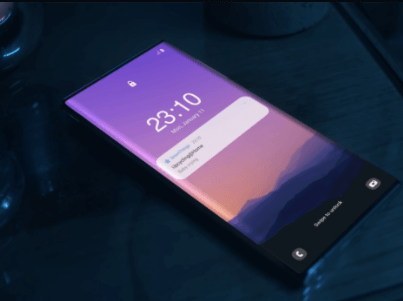 One of Samsung’s flagship handsets, the Samsung Galaxy Note, probably won’t see a new launch until next year. This breaks the annual tradition of releasing a new Galaxy Note every year. So, while we don’t know what the new models will eventually come up with next year, we can expect better performance, an updated stylus pen, and a bigger screen. 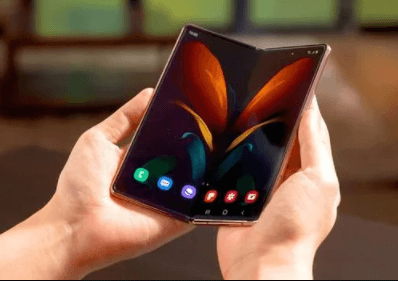 This is a bit of a wildcard but leaked internal documents and a bit of code suggest that Google may be working on a Pixel-branded foldable device that will launch in 2022/2023.

Aside from the device’s existence, there haven’t been many leaked details about what kind of foldable device it will be or what specifications it will be, but we do know that a lot of people will be curious about a Google-branded foldable phone with that Pixel camera. So if you are a Google phone lover you gave to wait for the new updates.

All of those cell phones are releasing in 2022 in the USA, UK, Australia, Canada, China, Philippines, United Arab Emirates, and all over the world. Some of these smartphones may take a longer time but till the end of 2022, we will see lots of new phones on our hands. 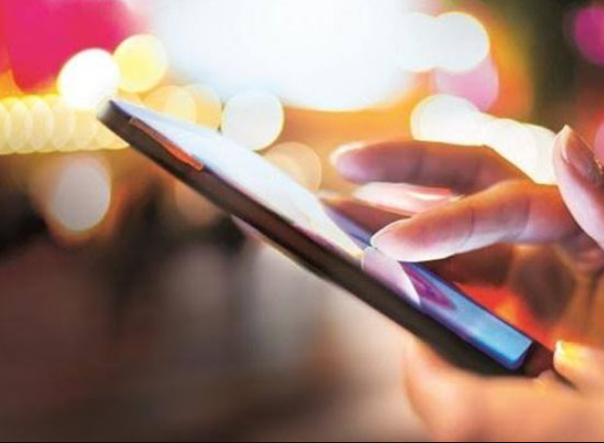 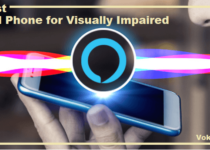